Maa Durga is one of the most lovable gods in the Hinduism. She is being worshiped with different mentions in the religious scriptures which include Vedas. Maa Durga is the epitome of righteousness and Shakti. According to her Devotees, she can protect them from all fatal evil and harbors the energies of all the Gods.You can watch more God wallpaper from this website.

Durga Puja is associated in only some states of India with the demon slaying Mahisasura. There are also other symbolism and festivities related to the Goddess worship. As per the legend knowledge, Maa Durga took the form of Chandi for the purpose of slaying the demon Mahisasura. Due to the higher popularity of this legend, Maa Durga is sitting on a tiger or lion and slaying the demon with a trident or spear.

The beginning of the Durga Puja is known as the Goddess awakening and shlokas and special chants are used to respect her. Maa Durga is seen with her children namely Kartikeya, Ganesha, Lakshmi, and Saraswati. 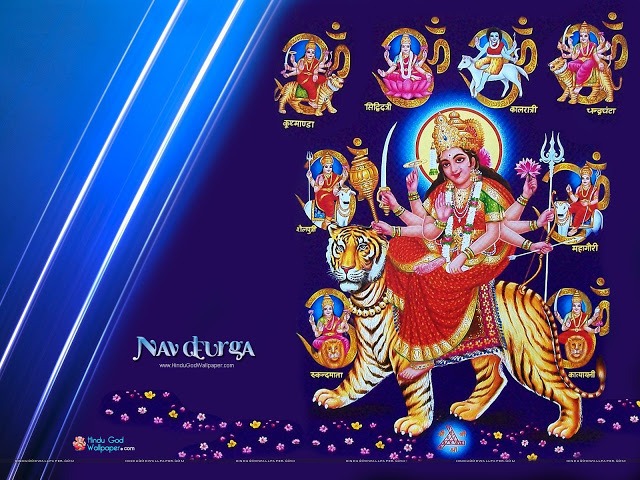 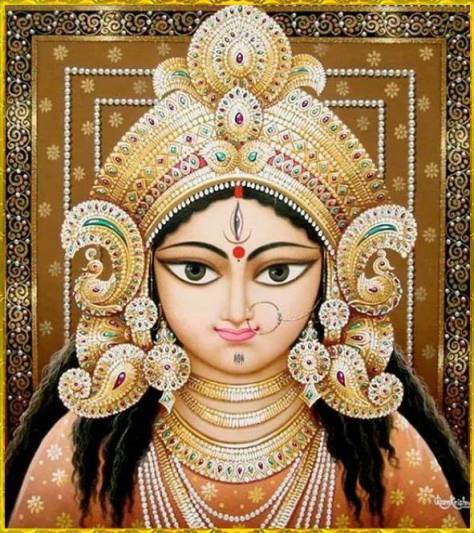 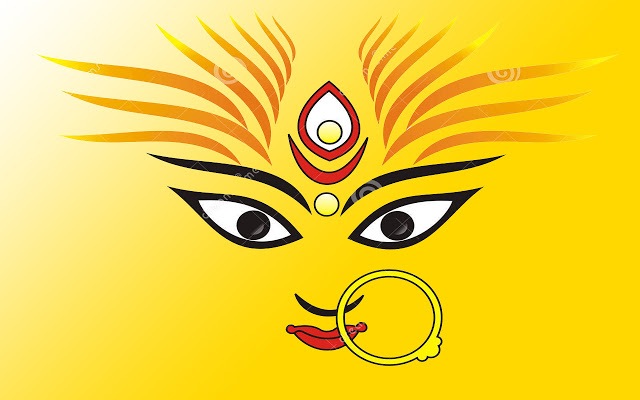 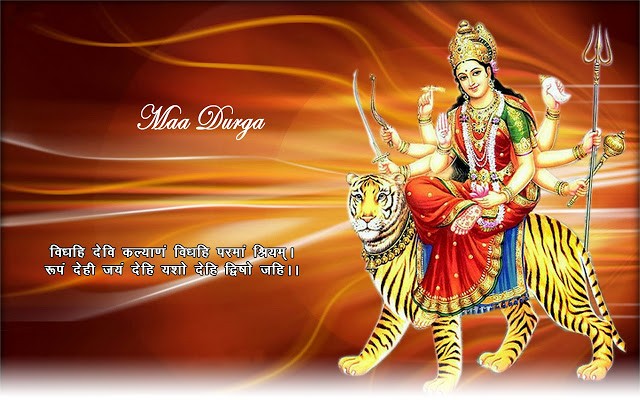 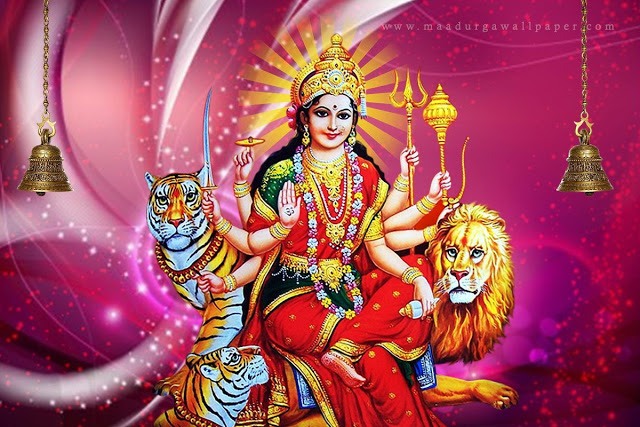 India is a country where you can find lots of festivals of different religions and cultures. Navratri is one such festival. Navratri is the festival dedicated to the worship of goddess Durga. The meaning of the word Navratri in Sanskrit is nine nights. Nav meaning nine and ratri meaning night.

How To Apply For New Ration Card Online in Delhi

The nine forms of goddess Durga are worshipped during these nine nights. The tenth day is commonly known as Vijaya dashami or dussehra. Navaratri is an important festival which is celebrated all over India by most of the people. Diwali is the festival of lights which is celebrated twenty days after dussehra. 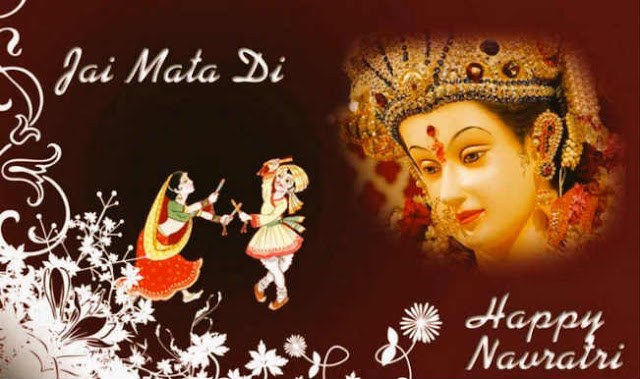 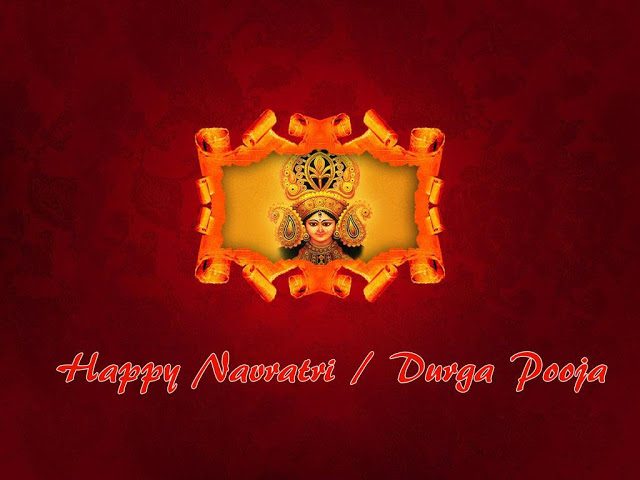 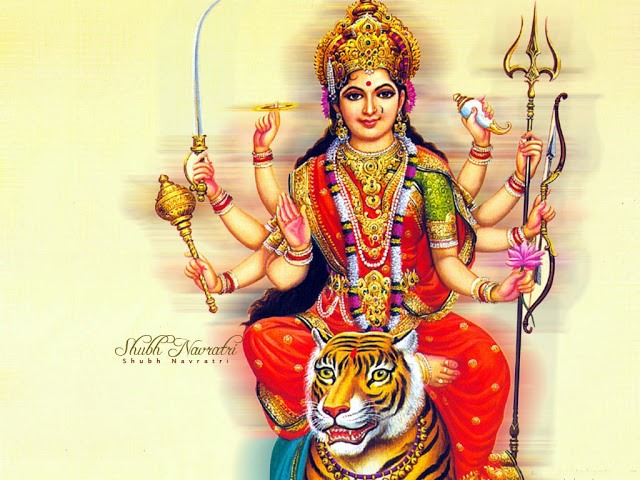 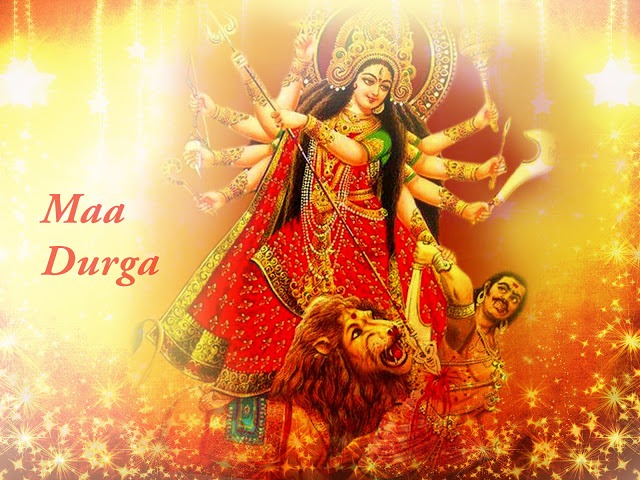 There are a total of five types of Navratri that comes in a year. Among them Sharad Navratri is the most popular one. You can easily find Navratri images in the internet if you are totally unaware about the festival and thus know about the festival. Navratri begins on the first day of the bright fortnight of the month of Ashwin. 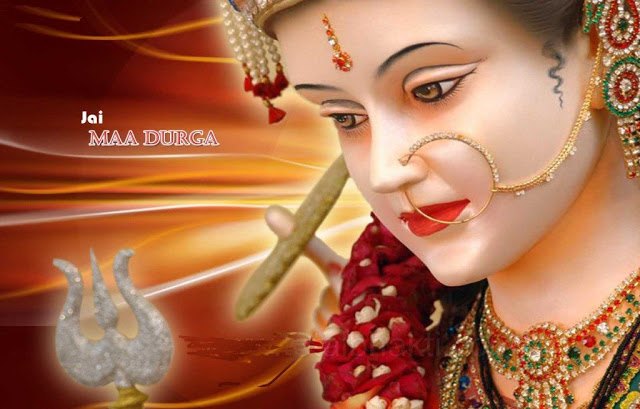 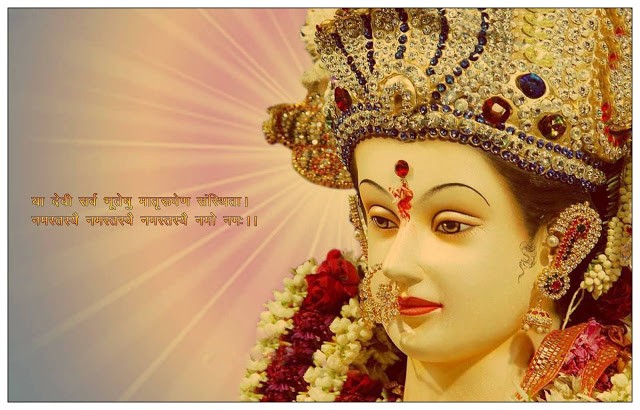 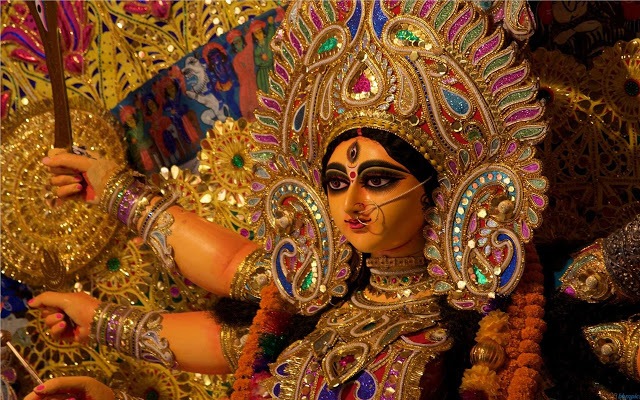 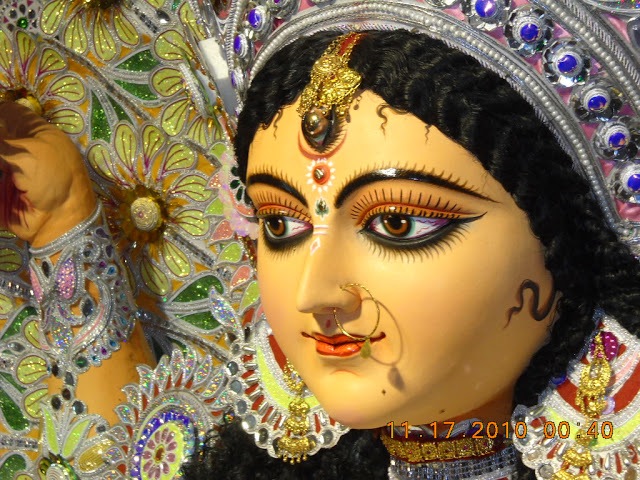 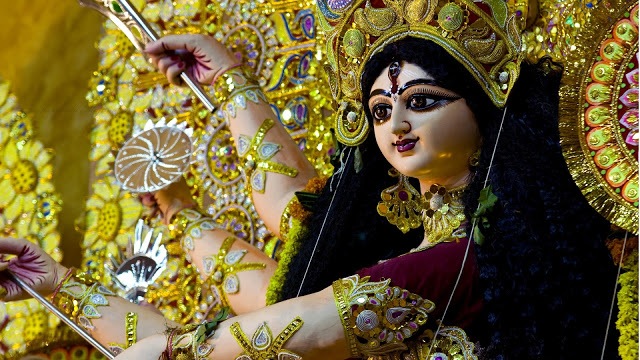 On seventh day or Saptami the form of Durga being worshipped is ‘Kaalratri’. Eighth day or Ashtami worships ‘Maha Gauri’. And finally on the ninth day or Navami the ‘Siddhidatri’ form of goddess Durga is worshipped.

Many people celebrate this festival in many different ways. Some people, who love to eat, celebrate these nine nights by eating tasty foods and trying out new dishes. People who love to use social networking sites, share or upload Maa Durga Wallpapers on such social networking sites. Some people also send Happy Navratri images to their friends and relatives via messaging apps to wish them and thus celebrate the festival with their near and dear ones.

You can easily find and download Happy Navratri images from the internet to wish your near and dear ones during this auspicious occasion. This festival is the only festival which is celebrated by almost each and every Hindu. The festival is a good opportunity for everyone to meet and enjoy with their family, who might stay away from each other throughout the year due to work or other reasons. 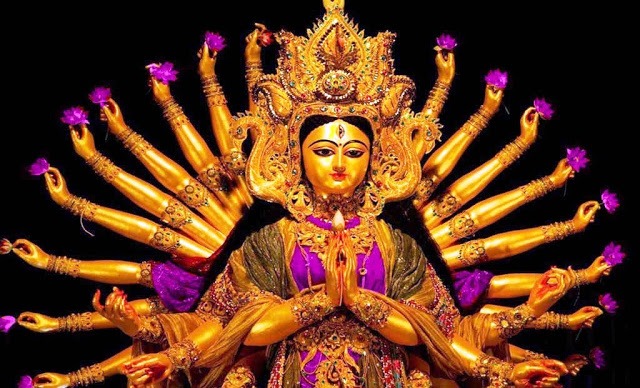 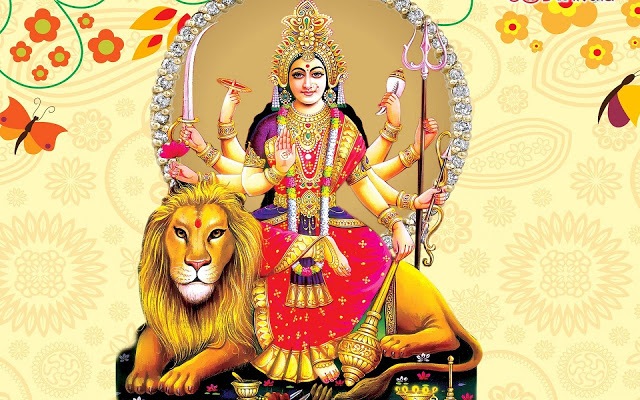 Maa Durga is the form of the Mother Goddess in Shaktism. There are many incarnations of Goddess Durga such as Kali, Renu or Renuka, Bhagvati, Bhavani, Ambika, Lalita, Gauri, Kandalini, Jaya, Rajeswari and has nine appellations known as Skandamata, Kushmanda, Shailaputri, Kaalratri, Brahmacharini, Maha Gauri, Katyayani, Chandraghanta, and Siddhidatri. A list of 108 names that is used to describe her is popularly used by eastern Hindus and is called Ashtottara Shatanamavali of goddess Durga. 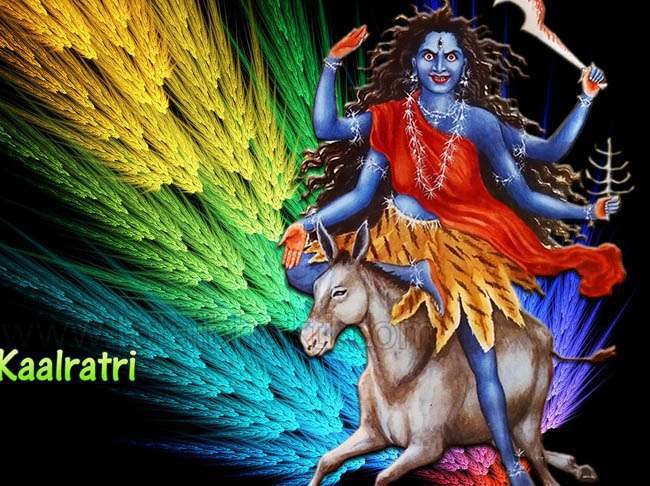 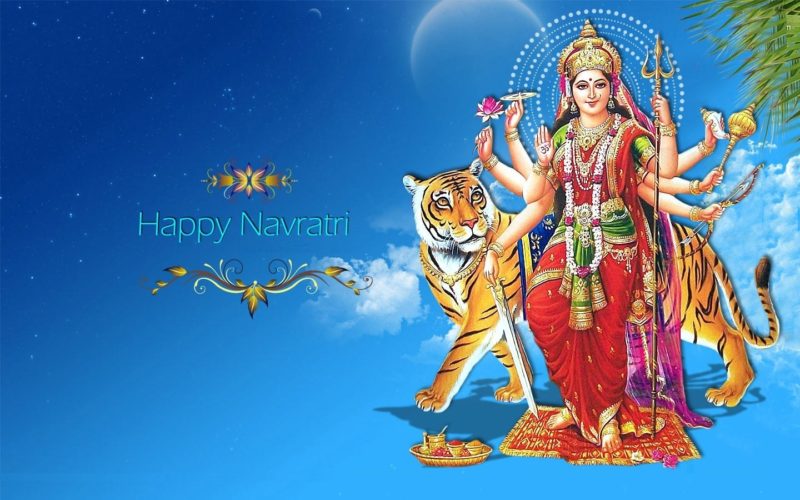 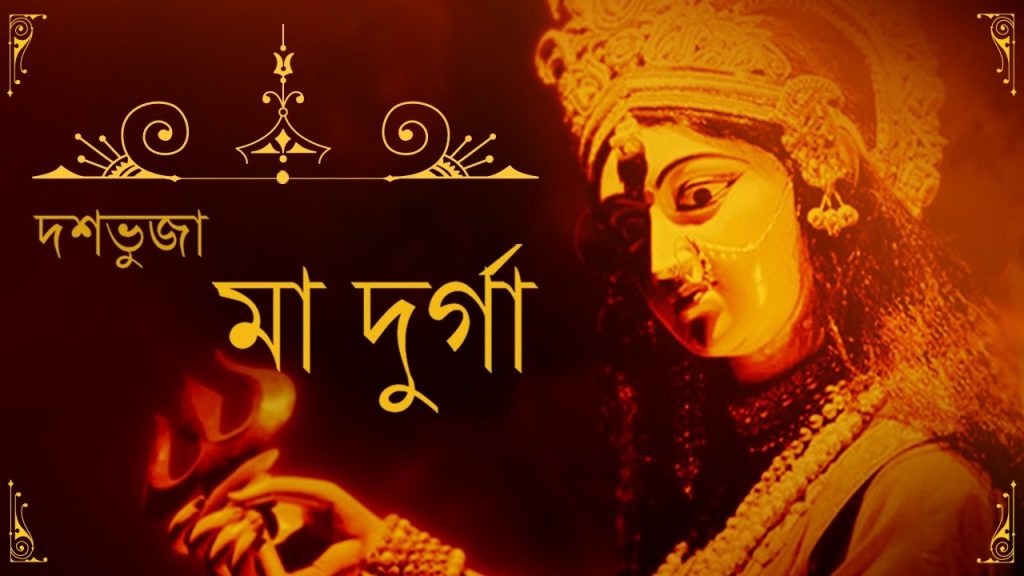 There is a common belief among the Bengali Hindus that goddess Durga will protect them and their families from all sorts of evil. So they stick up Maa Durga Wallpapers in their cars or other vehicles or keep small idols of Maa Durga in their vehicles so that she can protect them from accidents. 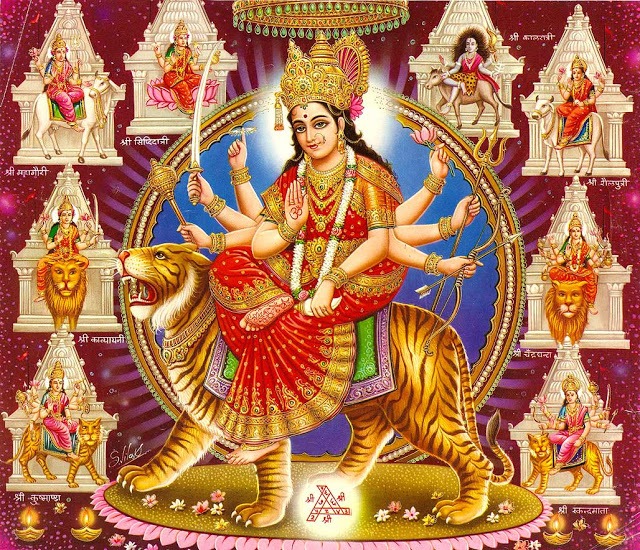 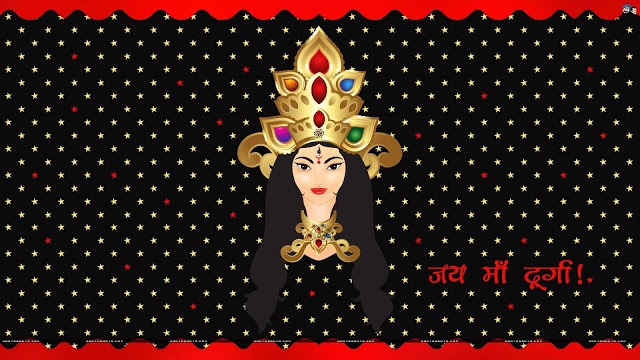 Durga Puja is widely celebrated in the Indian states of Assam, Bihar, Jharkhand, Manipur, Odisha, Tripura, Meghalaya and West Bengal. In both West Bengal and Tripura, due to the presence of a large number of Bengali Hindus, Durga Puja is the biggest festival of the year. 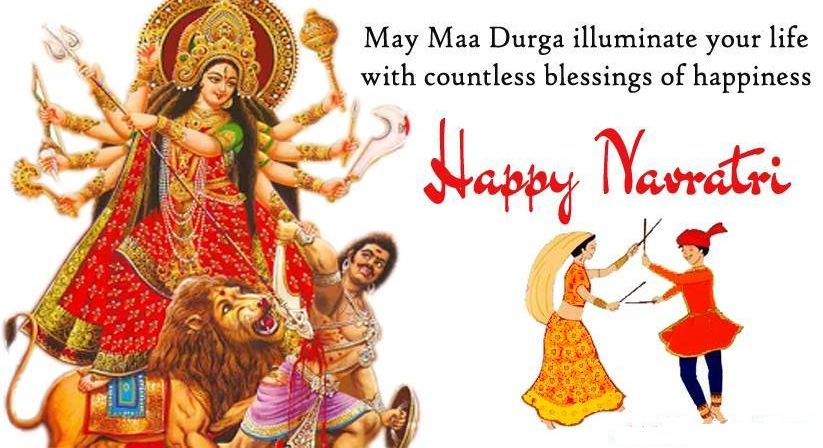 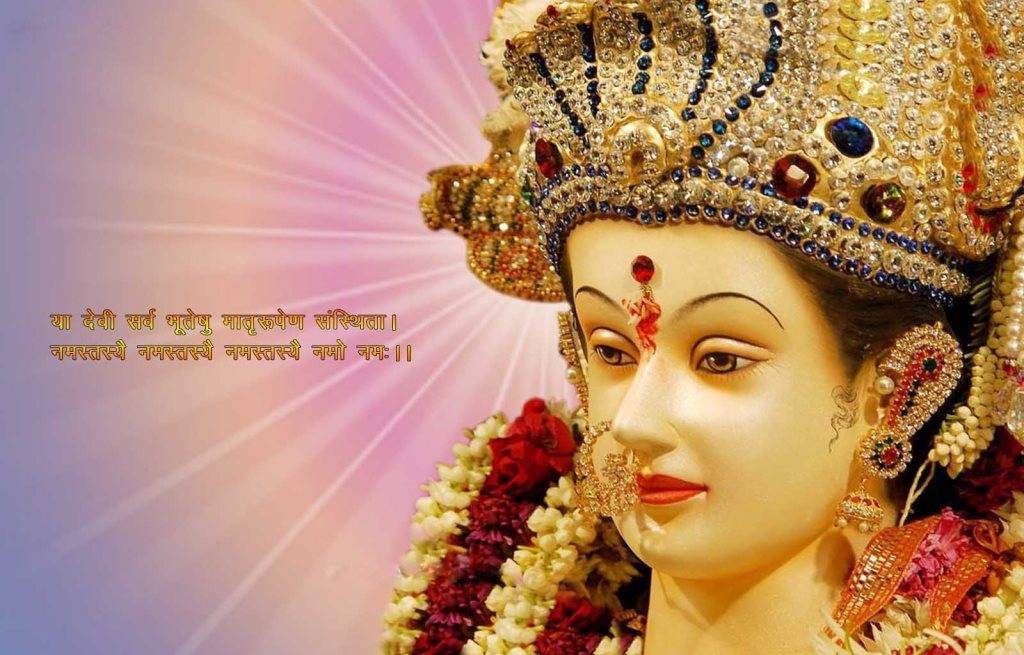 Durga Puja also includes the worship of Lord Shiva, along with Lakshmi, Saraswati, Ganesha and Kartikeya, who are considered to be Durga’s children. In modern days Durga Puja is celebrated by a display of decorated pandals and artistically depicted sculptures of Maa Durga. People exchange Vijaya greetings and publication houses publish Puja Annuals. 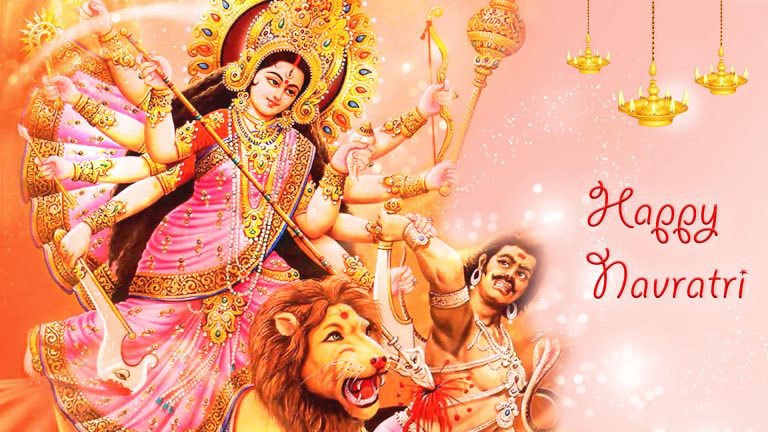 Durga Puja is celebrated during the last five days of Navaratri. But the Bengali Hindus worship Maa Durga throughout the year. They keep Maa Durga Wallpapers or idols of Maa Durga at their home and worship her on a daily basis.

They ask for blessings from her and also pray for her protection from all sorta sorts of evil.