Skip to content
Saraswati is a deity of Hindu religion. She is worshipped as the wisdom goddess and most eloquent in nature. Saraswati belongs to the trinity (Lakshmi, paravti, and saraswati). Ma saraswati name in Sanskrit illustrate its meaning as sara- essence and swa- one self. The essence of one self. One can find peace and compose after looking at beautiful images of maa Saraswati. aap aur bhi bahut sare God Wallpaper download kar sakte haa. 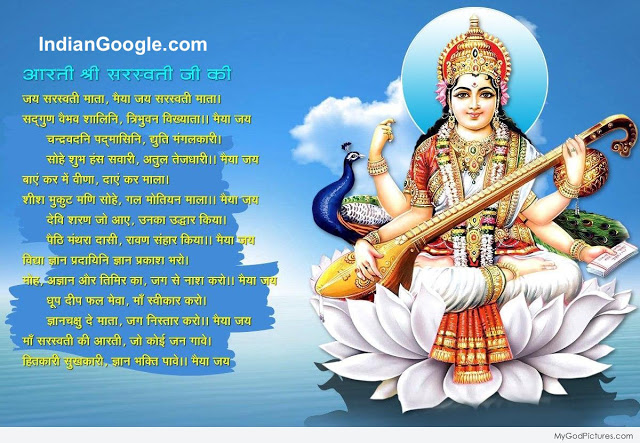 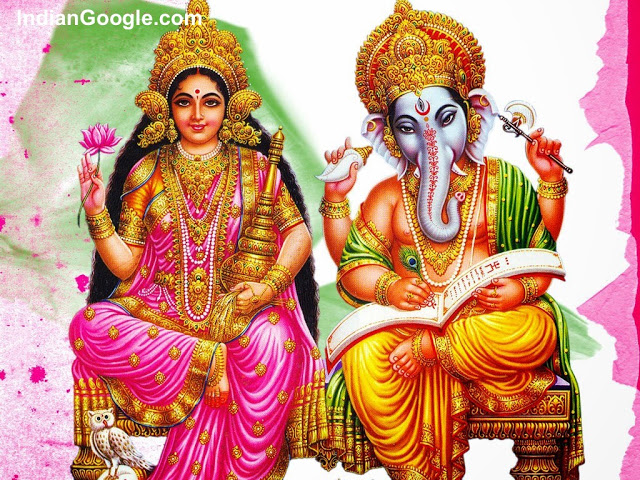 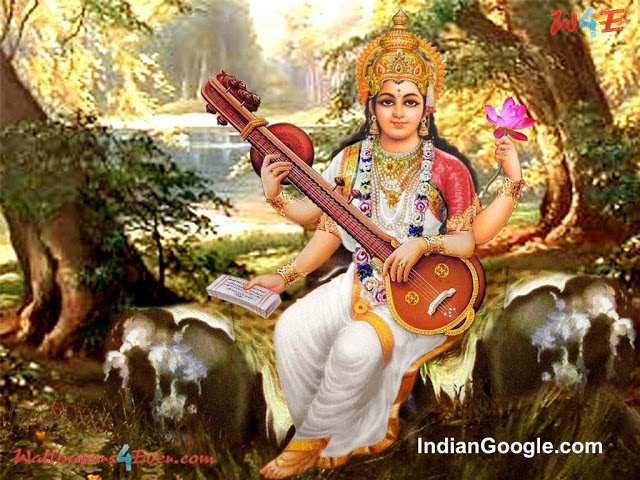 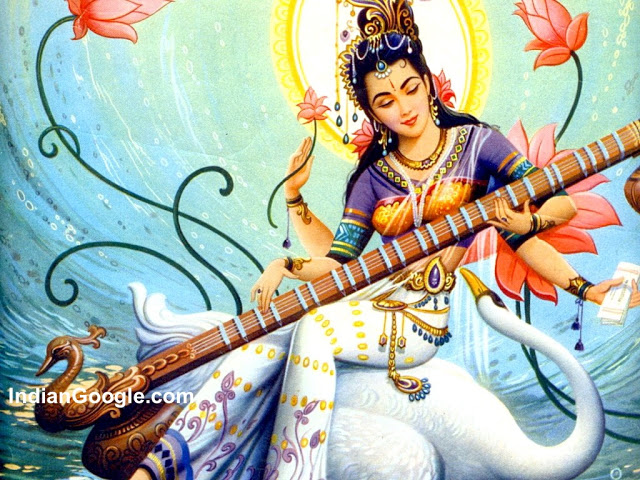 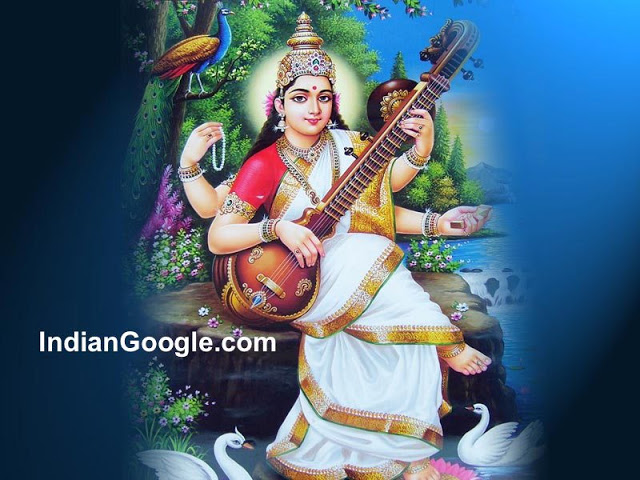 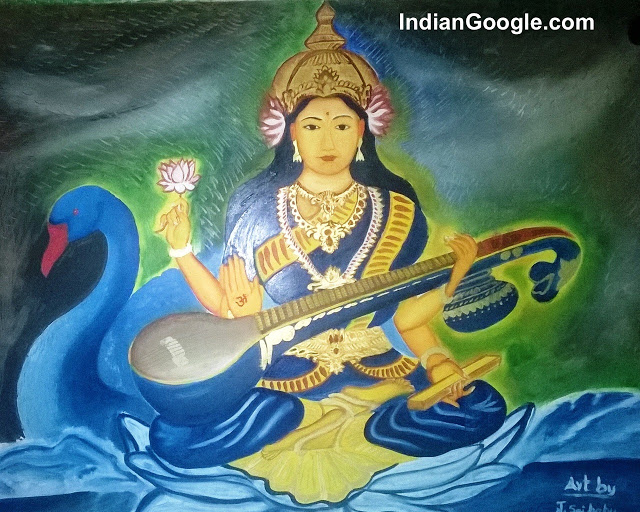 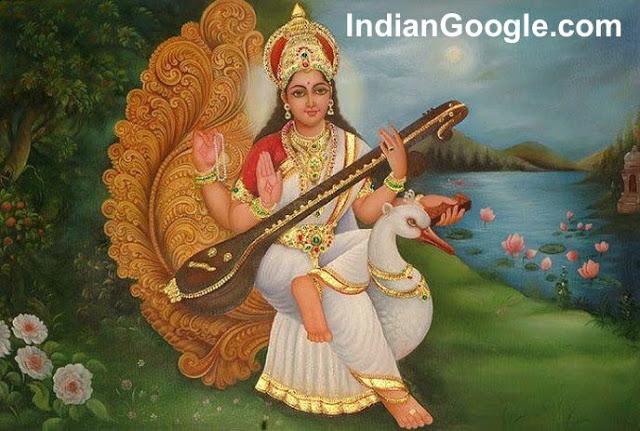 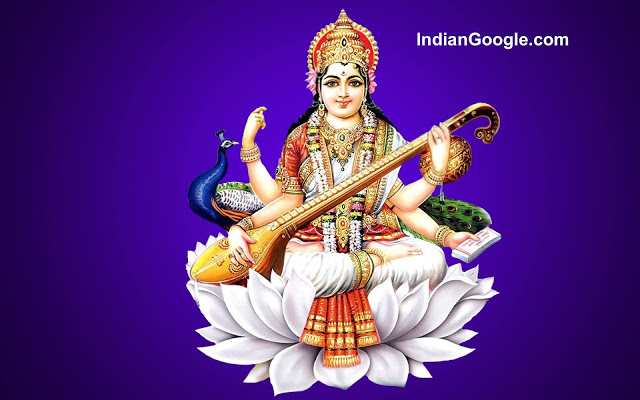 Creation: Saraswati was borne by Lord Brahma who is the creator of universe. He created her to accompany him and to ward off his boredom. Hence she was born from the mouth of Lord Brahma. Some vedas depicts her as Brahma consort and sometimes she is known as Brahma’s daughter. She abodes in Brahmapura. Saraswati is also named as Savitri and Gayatri.

Symbolism: Saraswati is the profound image of knowledge, art, music and is revered as the goddess of wisdom, purity and peace. Saraswati is also the name of a river. Hence its name also depicts fludity in all aspect( water, thought and speech). As the water of river flows and wash off the dirt similarly with the profound knowledge one’s mind is cleared and made pure 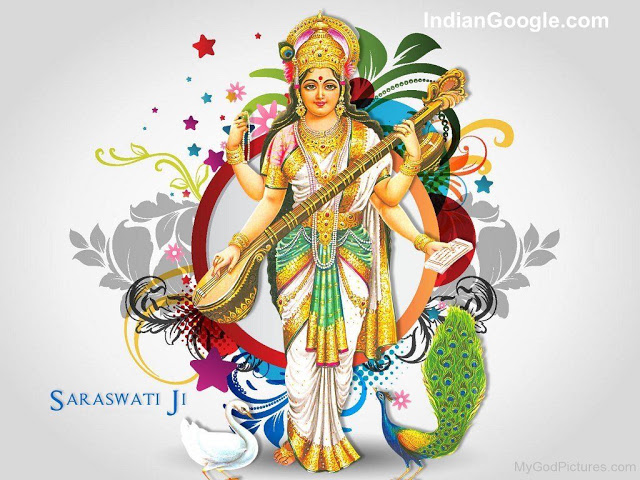 Iconography: In Hindu mythology Saraswati is devoted as mother of vedas and literature. Saraswati is worshipped in the form of woman wearing pure white saree adorning a reflection of purity. Saraswati face is serene and compose. She is portrayed as playing a Veena with her front hands associating herself with music and is bestowed herself on blossomed lotus. 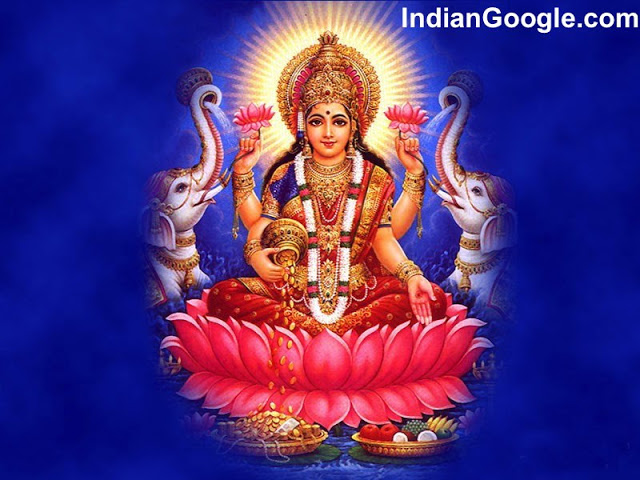 She helds a rosary in one hand representing the power of meditation and spirituality while other hand has a book which depicts symbol of true knowledge and also her perfection of science and scriptures. She is often accompanied with swan at her feet. Swan or Hamsa has the ability to seperate milk from water symbolizes discrimination between good or bad or image of peacock is shown beside the goddess representing arrogance and pride over its beauty. Saraswati sometimes mount on a swan hence known as ‘Hamsavahini’.

You can find  of Sarawsati Maa images here. 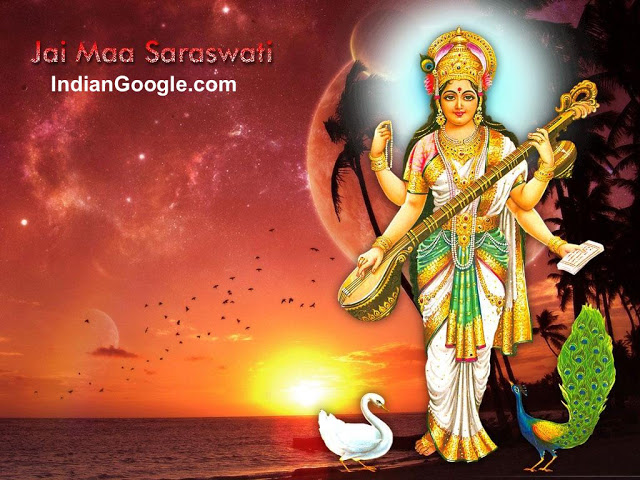 Saraswati Jayanti : Ma Saraswati birthday falls on Vasant Panchami every year on the 5thb day of  the bright fortnight of the lunar month of Magha. (January to February). 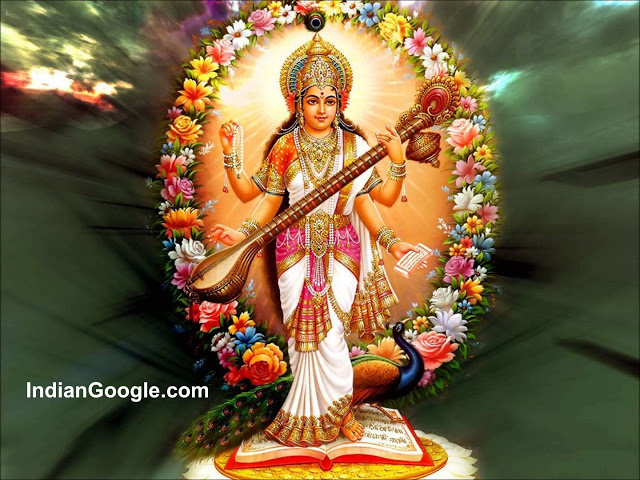 Goddess Saraswati devotion : Goddess Saraswati pooja is conducted during nine days of Navratri. The last three days are devoted to Saraswati. On the Tenth day books and all musical instruments are worshipped by keeping it in front of Goddess early at dawn and is worshipped with special prayers. It is believed that goddess herself is blessing the books and instruments. The next day onwards Vidyarambh that is fresh start of the study is done. 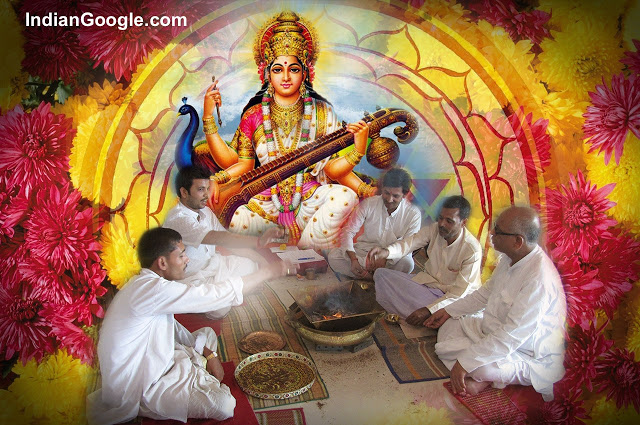 Saraswati Shrines: Saraswati temple are spreaded all over India and she is also devoted in Nepal, Bhutan etc. Her temple depicts her iconography resonating white structures. Gnana Saraswati Temple in Basar is situated on the banks of Godavari. 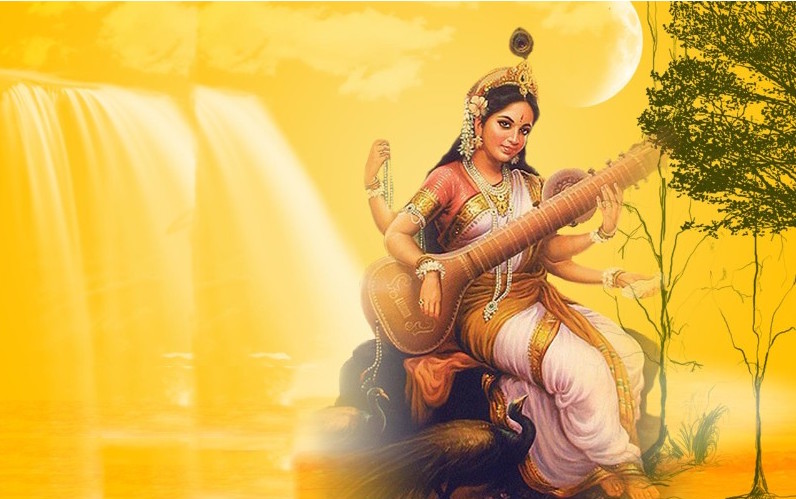 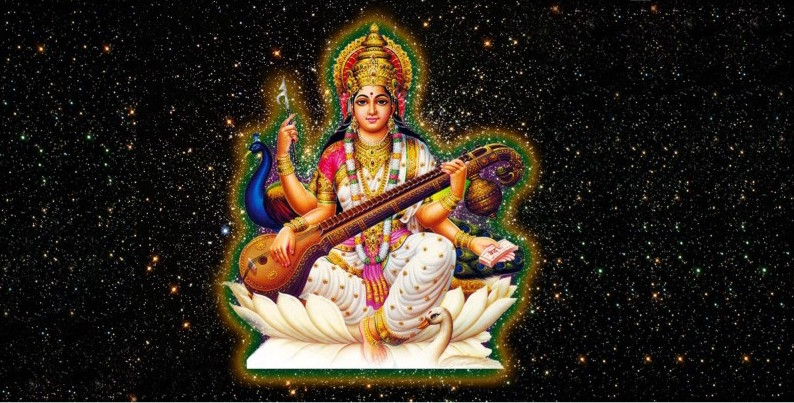 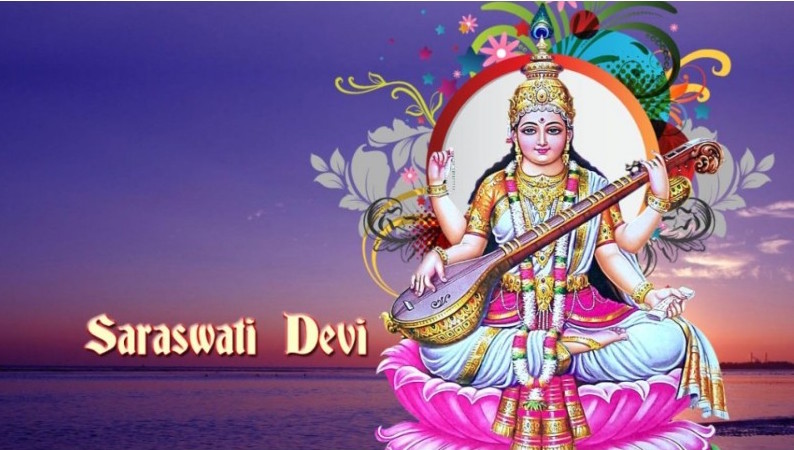 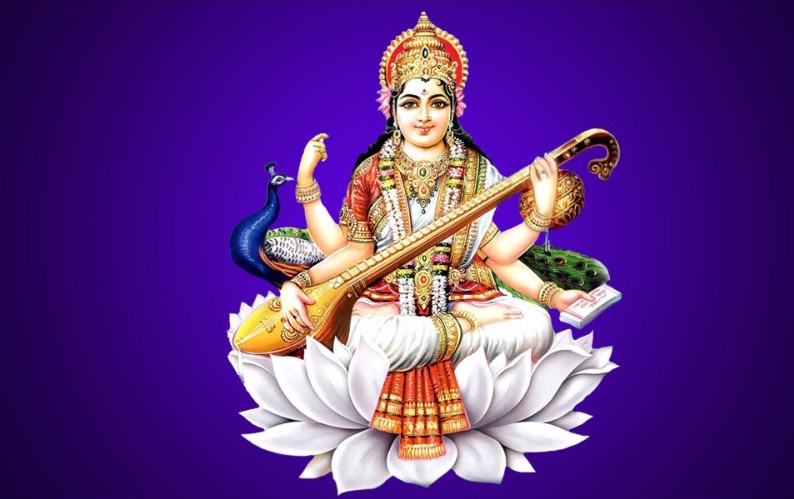 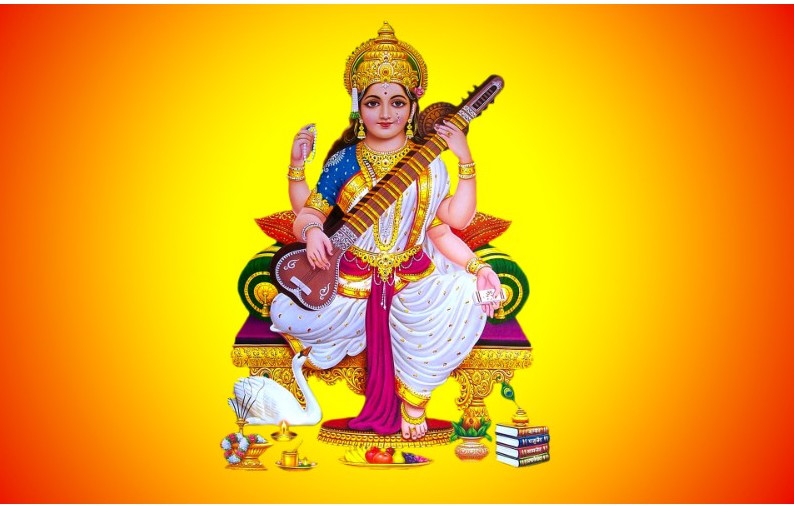 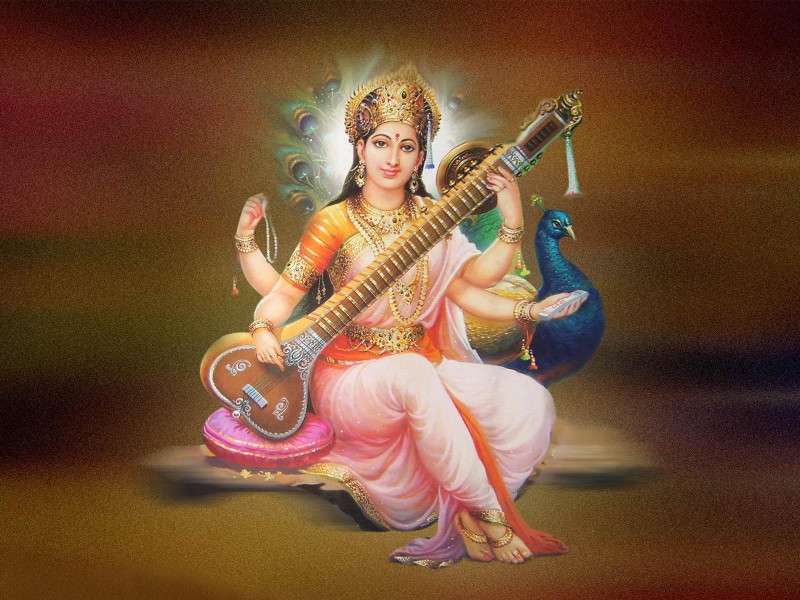 The wargal Saraswati temple is in Telangana. Her temples are found throughout Gujarat, Rajasthan, Himachal Pradesh and Uttar Pradesh. Ma Sarawat HD pictures resemble her presence in real form. 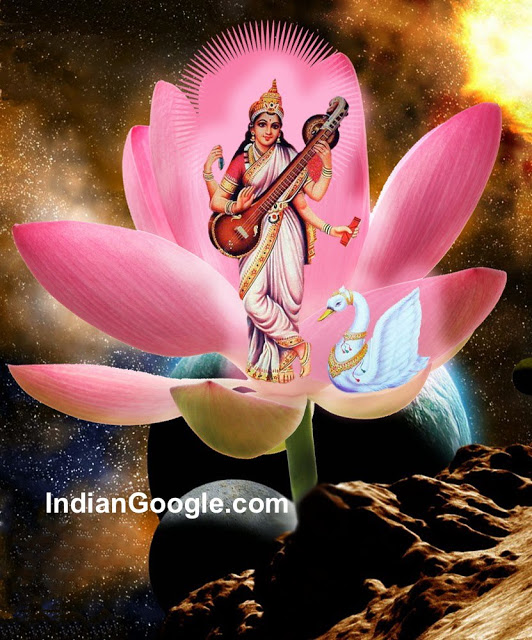