Lord Vishnu have been well known fact concerning. Rudrasnhita when the world was not in the creation, operation and Shiva and Shiva wished. He wanted the power to run the world with their powers. Shiva Shiva with Parvati ji ie a desire on the part of honeydew feces and there appeared a man. That guy was a god Vishnu. Lord Vishnu is one of the world’s holy trinity foster. You can Watch All Indian God Wallpaper at humhindi.in 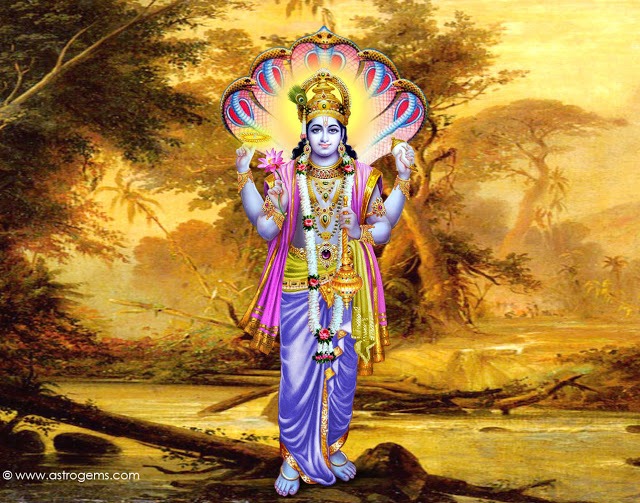 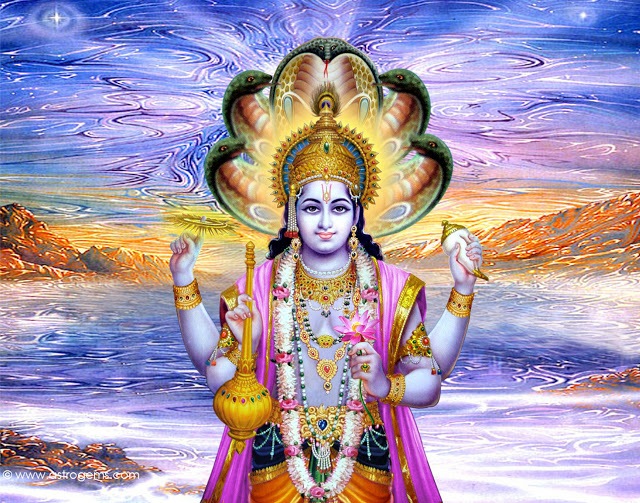 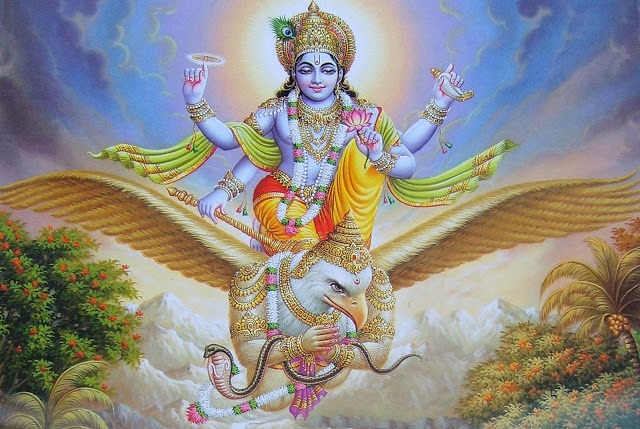 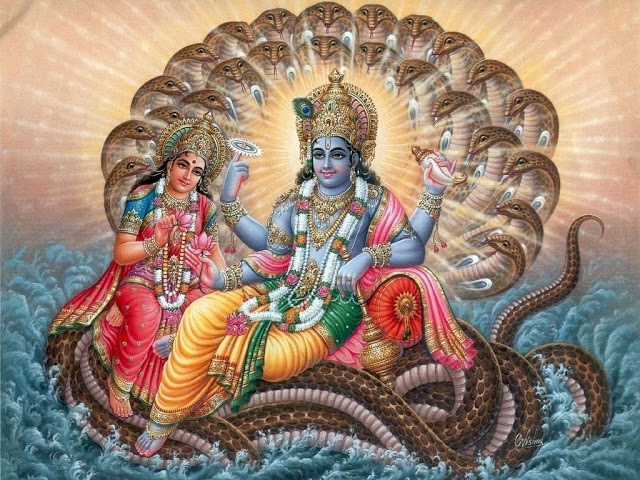 The glorifying triads: Lord Brahma is the creator of the world, Lord Vishnu is the one who supports, governs and sustains the universe  while Shiva is the destructor of then creation.It is well known that in Hindu mythology many scriptures are available depicting existence of Vishnu and Shiva, as vish and shiv are the two sides of same coin. Vishnu is also known as Hari and Narayan. 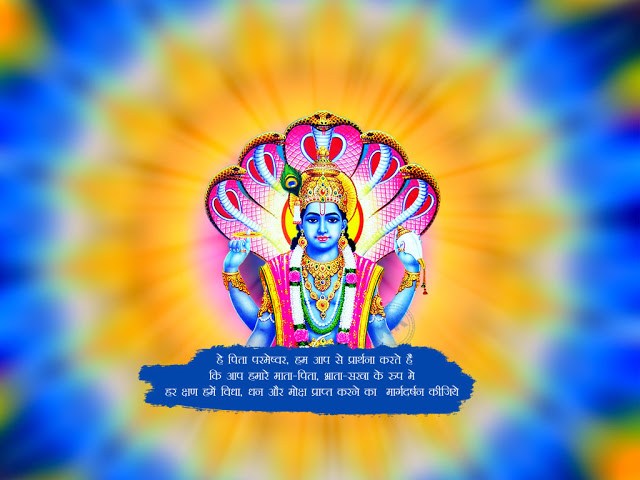 Although Vishnu’s incarnation has been portrayed in Rig-Veda and his famous Vishnu purana illustrates Vishnu’s various avatars. You can see here Vishnu’s images with his myriads of avatars.

The whole significance behind Vishnu incarnation is when ever there was evil spread on earth Vishnu incarnated in various form to restore the divinity, peace and dharma

According to Hinduism lord Vishnu has innumerable avatars but significantly ten avatars are mentioned in Vishnu Purana. 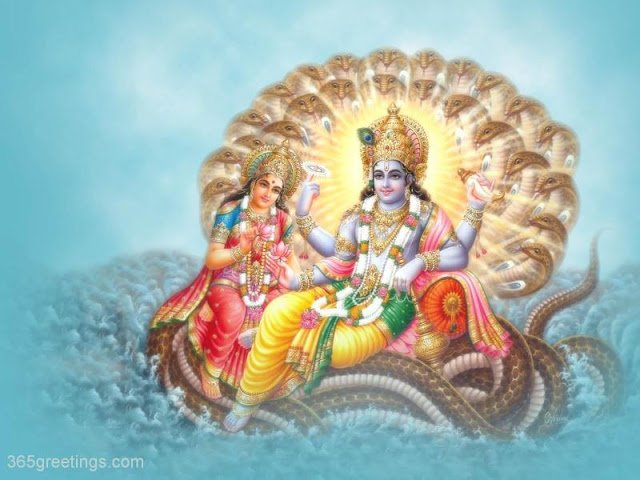 1.Matsya:After initiation of Satya yug Vishnu incarnated as matsya or the form of fish to save a progenitor of humanity and also to save seven sages from inundation of evil.

2. Kurma : Amrit a nectar is a potion which when consumed gives immortal life. Hence to extract amrit from the ocean of milk the deva and demons started churning the mountain mandara and he became churner staff to bore the weight of mountain. 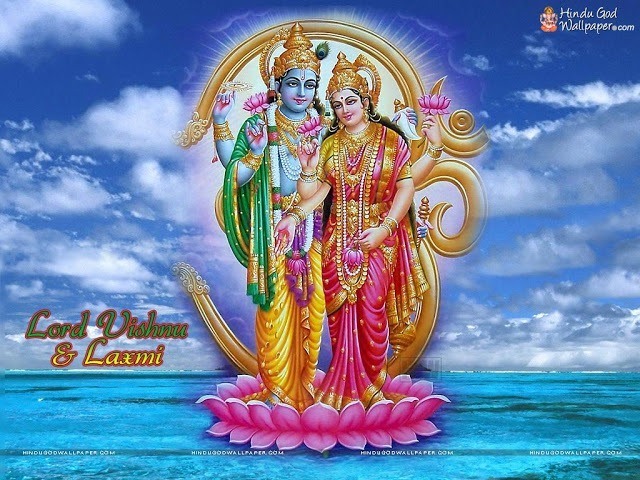 3. Varaha : The demon known as Hiranyaksha took the earth at the bottom of cosmic ocean hence in order to defeat this evil demon Lord took the avatar of boar the varaha. 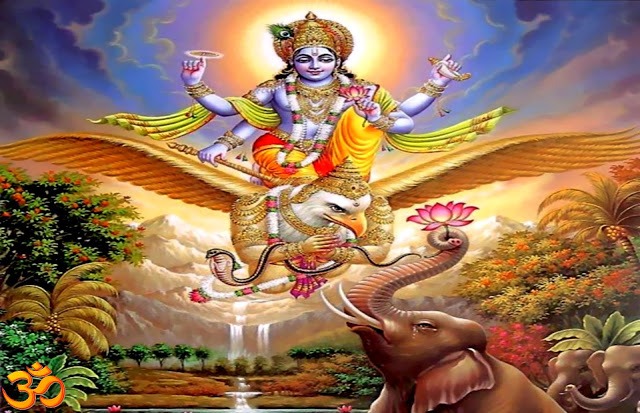 4. Narsimha: Hiranyakashap the brother of Hiranyaksav was blessed by Brahma that he cannot be killed by man or animal, inside or out day or night on earth nor in sky with weapons nor with any animate or inanimate. with such power he took cruelty in the world and harassed people by ruing over them hence Vishnu himself took this magnificent avatar of half man and half lion and killed him at dusk on his lap with his nails.

5. Vaman : During treta yug “Bali” defeated Lord Indra and started ruling the all three spheres of world. Vaaman being dwarf asked Bali for land on these three places of the universe and he step his first stride on heaven second in nether world and third on Bails head. 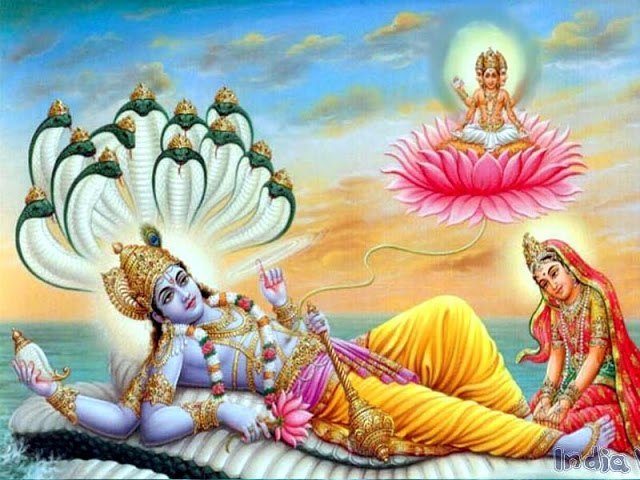 6. Parshuram: The Kshatriya Brahmin known to be immortal has killed entire clan of kshatriya and the king who reign the yuga. It was a vengeance that Parshuram took as the king had killed his father.

7. Rama: The Ikshvaku dynasty had Lord Vishnu 7th avatar as Lord Rama. He was an ideal man and ruler of Ayodhya whose story as Ramayana is depicted in Hindu scriptures. 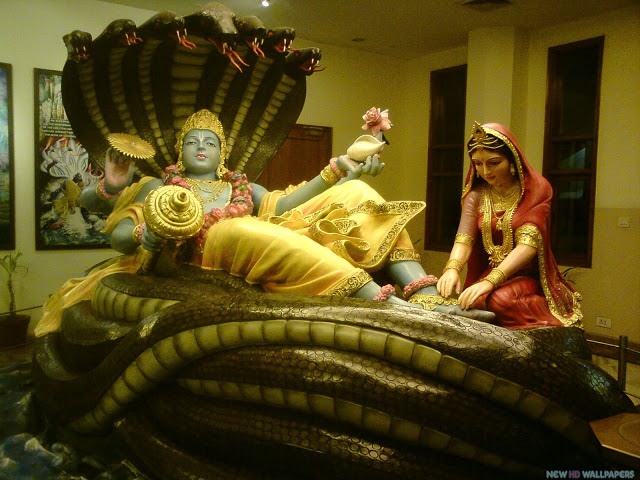 8. Krishna : Krishna is widely worshipped by Hindus and his tale is also mentioned in Hindu Vedas. Krishna also helped Pandavas to win the war agaianst Kauravas. 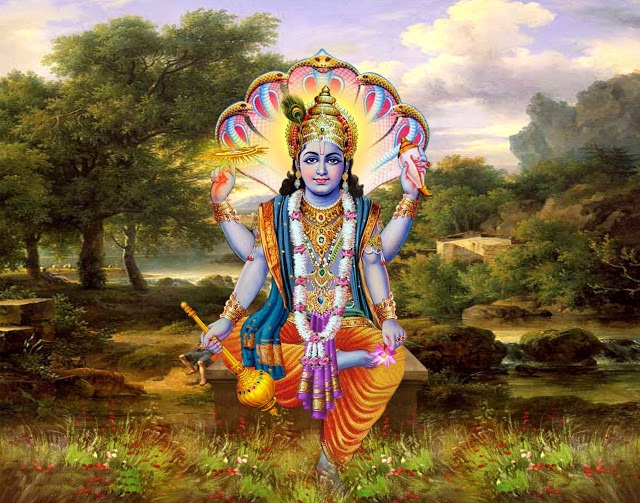 9. Gautama Buddha : He attained enlightenment and founded religion Buddhism. He helped people to liberate themselves from suffering of pain, and cycle of birth and death.

10. Kalki : He is believed to be tenth avatar of Vishnu who will emerge at the end of Kalyuga. He is suppose to be the destroyer of filth and will destruct evil at end of kaliyug. 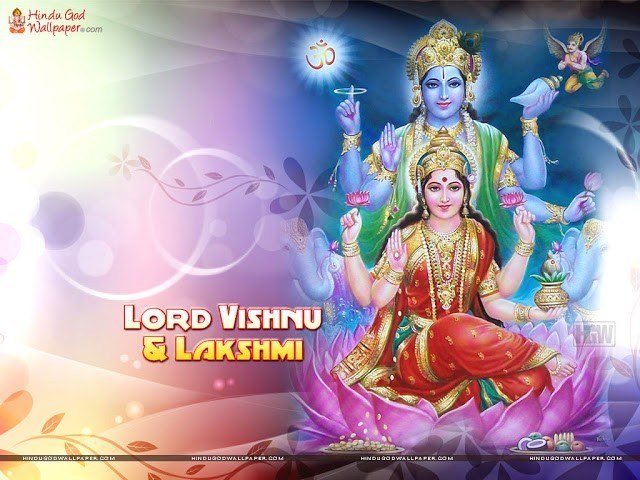 God Vishnu Image where Vishnu is portrayed in two forms one where he stands in the divine clouds with four hand, one hand holds a lotus, mace, shankh(conch), sudarshan chakra. Another form is where he sleeps deep inside the ocean with Laksmi sitting at his lap and sheshnag protecting him. 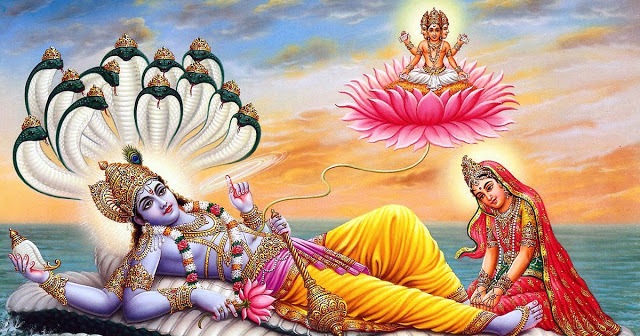 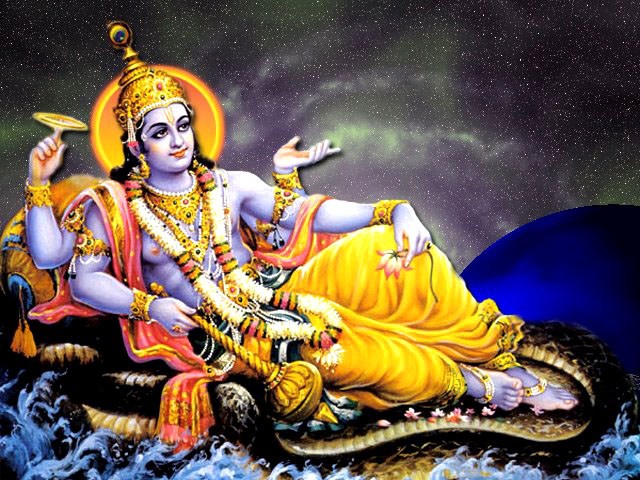