Ma Kali is also known as kalika. She is a Hindu goddess. she represents Time, Change, Power, Creation, Preservation, and Destruction. Kali Mean The Black One. She is the destroyer of evil forces. She is worshipped by devotional movements and known as Divine Mother Adi Shakti, or Adi Parashakti. Kali is worshipped by Hindus in whole India but mostly Bengal, Assam, Kashmir, Punjab, Himachal Pradesh, Kerala, and Tamil Nadu State Popular more among. You can Download kali mata images and HD Wallpaper in Below article. Don’t forget to watch all Indian god images collection. 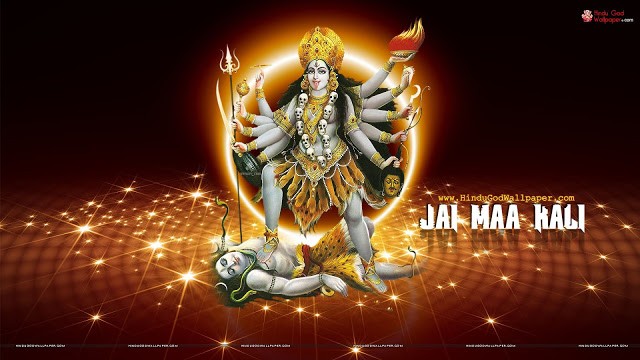 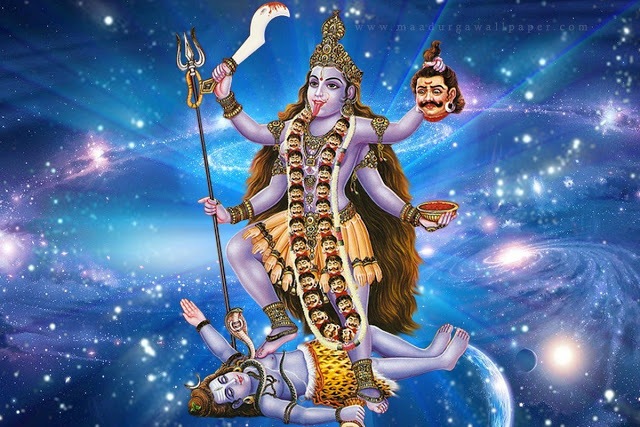 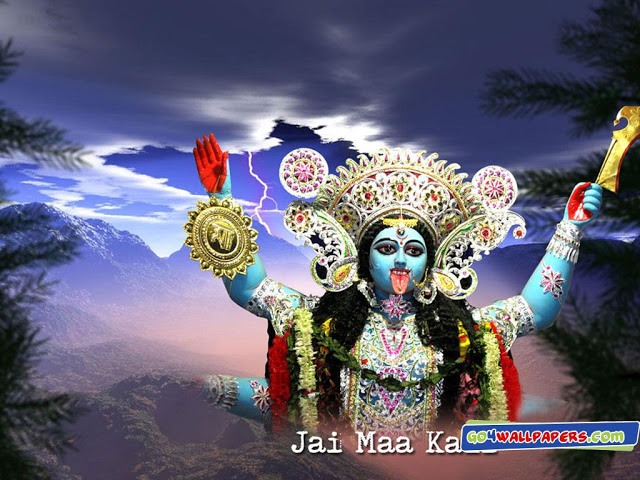 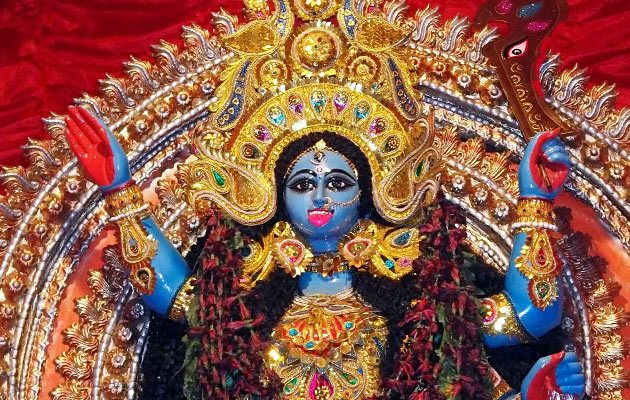 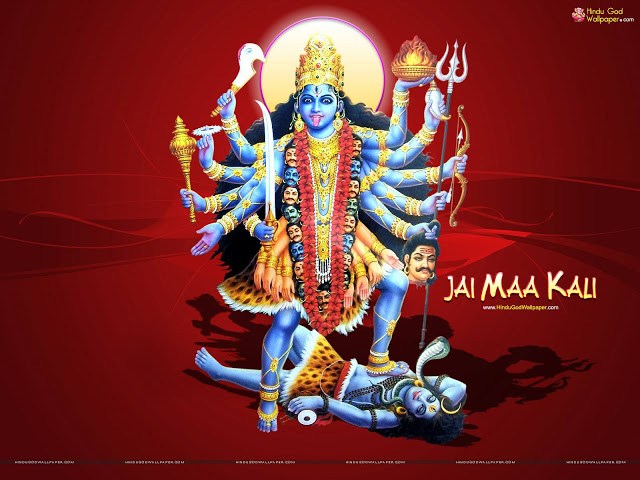 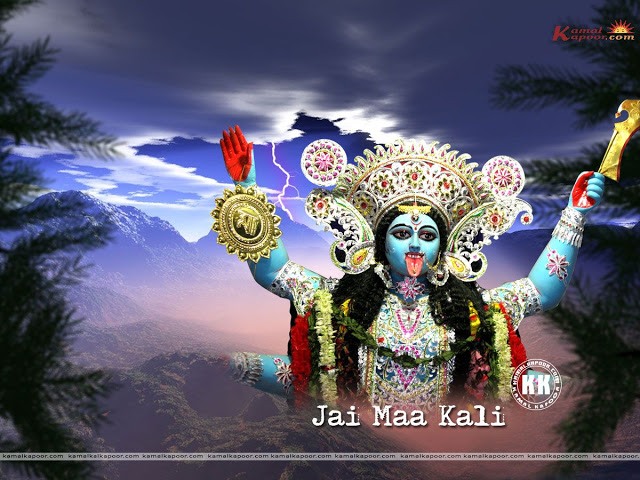 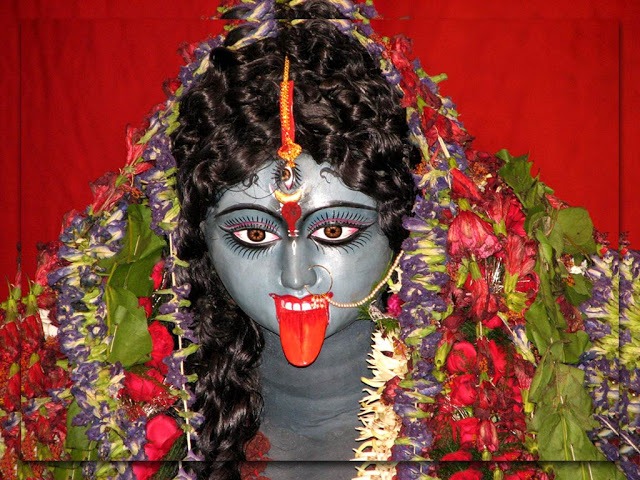 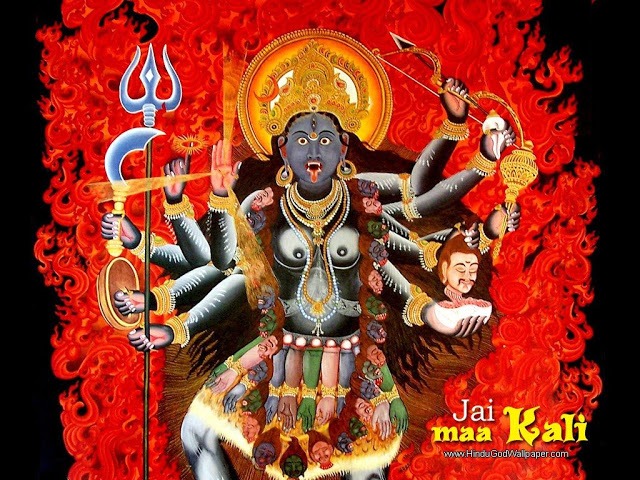 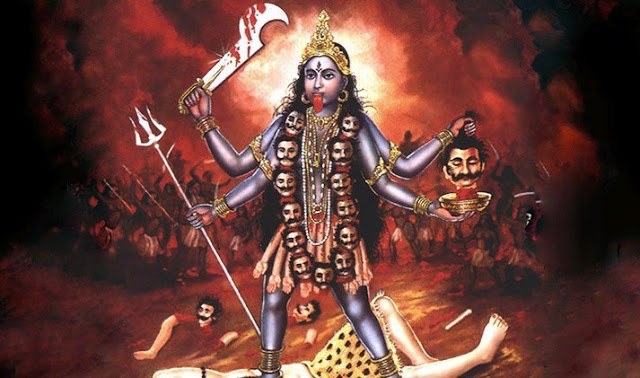 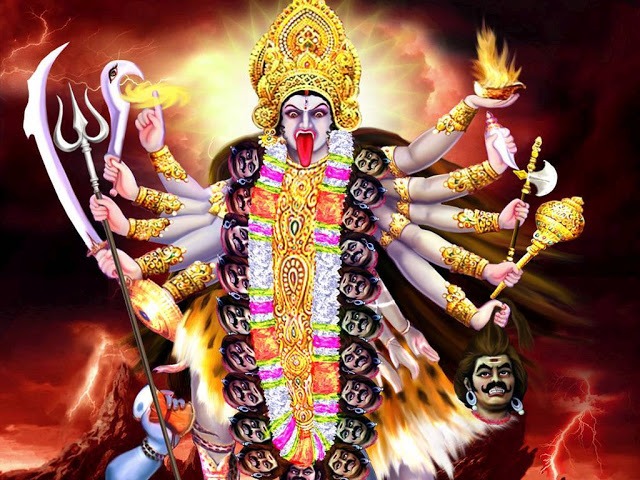 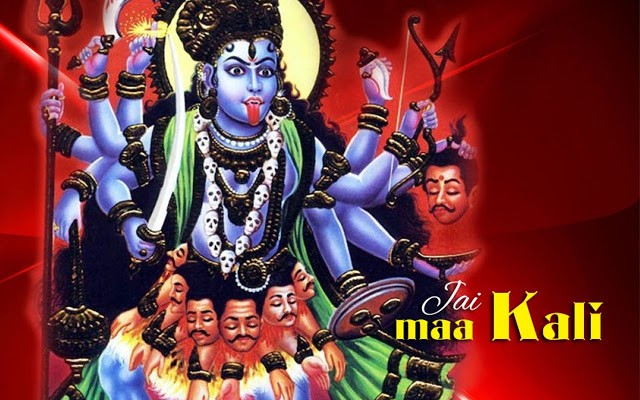 The dark cave with blaring sound of bells dashing each other  due to the storm and suddenly the person  falls down unconscious at feet of the black idol sticking tongue out wearing the necklace of corpse head and holding some demon  skull. This scene is often displayed in movies showcasing that to annihilate the evil you have to implore her. Ma Kali – The Goddess of “Shakti” or the cosmic power. She is synonym to death or evil.

In today’s generation the existence of pure heart is unreal in our body. It is believed that women evokes love, grace, compassion, gentleness but to restore peace and destroy evilness the feminine characters transforms herself in to wild fierce deity resembling death. 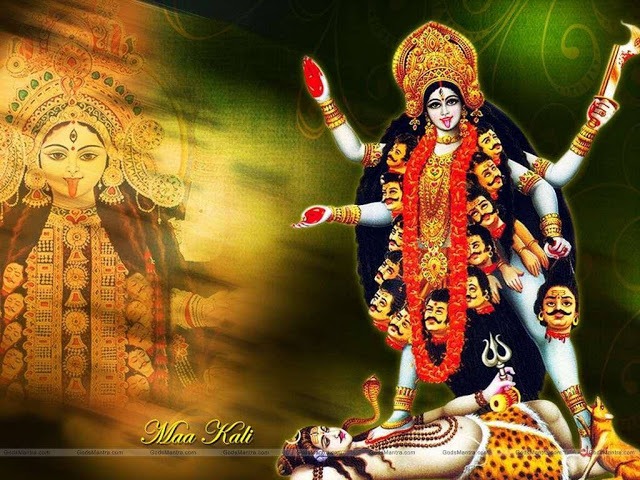 In order to soothe our agony, one must look beyond the cosmic powers and recognize our dependency on the greater universe and its divine essences. Kali Mata itself signifies the mother. She is the benevolent mother of whole universe and protecting her children from evil resource. Although she is thirsty for blood, she is also thirsty for love and her thirst is quenched after the person surrenders himself at her feet leaving behind the ego.

Look at her mystical idol and you will feel energy flowing across your body and realization of oneness leaving little self and ego at the background.

Ma Kali is often seen as horrifying women as to know the world that a birth giver Ma Kali is the Goddess above the trinity of Brahma, Vishnu and Mahesh.

She is the consort of Shiva, the form of Parvati.Once enraged it is difficult to calm her hence at times Shiva laid himself as a corpse in her way when she was furiously searching demons. As she saw Shiva her anger receded and she was obliged to come in her old form Parvati.

It is often misinterpreted that Goddess Kali is worshipped by wicked sage and black magician. She is the universal mother who came here to save man from the clutches of karma and to liberate them. You cannot make her happy by sacrificing animal or human for no reason.

Your happiness lies within yourself bow yourself to her and release your spirit entrapped in the human body. She personifies compassion and will fight by your side against the evil and negativity.